52 Organizations Recognized for their Exemplary Disability Hiring and Employment Practices

Falls Church, VA (September 25, 2018) – The National Organization on Disability (NOD) today announced fifty-two organizations that have been named 2018 NOD Leading Disability Employers™. Now in its third year, the NOD Leading Disability Employer seal recognizes companies that demonstrate exemplary employment practices for people with disabilities. This annual recognition is designed to applaud those organizations that are leading the way in disability hiring and to encourage additional companies to tap into the many benefits of hiring talent with disabilities, including strong consumer preference for companies that employ individuals with disabilities and greater employee engagement across the workforce.

“Employers are looking for untapped talent pools in this global economy, and people with disabilities are that new pipeline,” said NOD Chairman Governor Tom Ridge. “People with disabilities spend their lives persisting through setbacks, solving problems, and finding creative routes around obstacles. They are a rich supply of talent, at a time when talent is at a premium.”

“For more than 35 years the National Organization on Disability has served as a bridge builder to the world of employment and independence for the 57 million Americans with disabilities. We help America put ability to work.  And so do this year’s NOD Leading Disability Employers.  We thank those companies for their commitment to building a disability inclusive workforce.”

The NOD Leading Disability Employer seal is awarded based on data furnished by companies in response to the NOD Disability Employment Tracker™, a free and confidential assessment that benchmarks companies’ disability inclusion programs in the following areas:

While the Tracker is confidential, organizations may opt to be considered for the NOD Leading Disability Employer seal. Responses are scored, taking into account both disability employment practices and performance. Scoring prioritizes practices that are associated with increased disability employment outcomes over time, and companies receive additional points based on the percentage of people with disabilities in their workforce.

The Disability Employment Tracker™ was developed by NOD, in partnership with the National Business and Disability Council (NBDC).

On September 17, 2018, NOD’s innovative pilot Campus to Careers, in partnership with Work Without Limits, hosted a career fair with over 25 hiring employers and attracting dozens of students with disabilities. Held at The NonProfit Center in downtown Boston, MA, college students and graduates with disabilities had an opportunity to network with major employers and learn more about current job and internship opportunities.

Students and recent graduates with disabilities in the Boston-area and employers looking to tap into talent with disabilities to fill critical talent vacancies are invited to learn more at NOD.org/campus-to-careers. 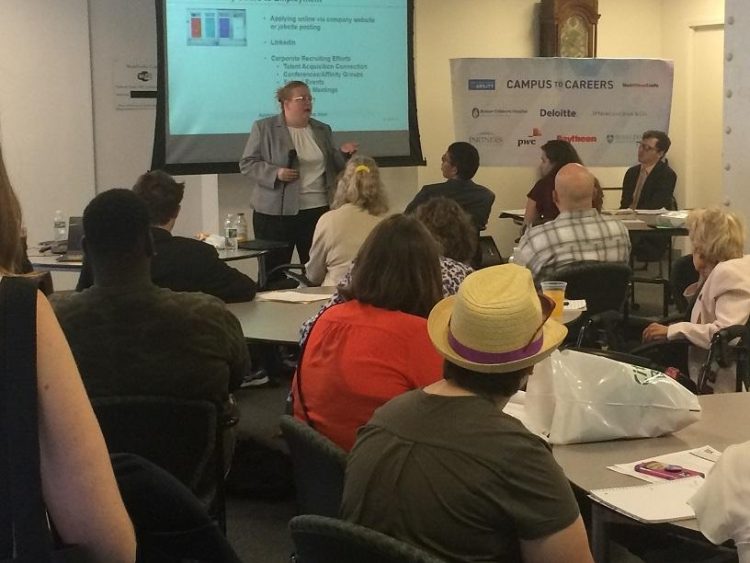 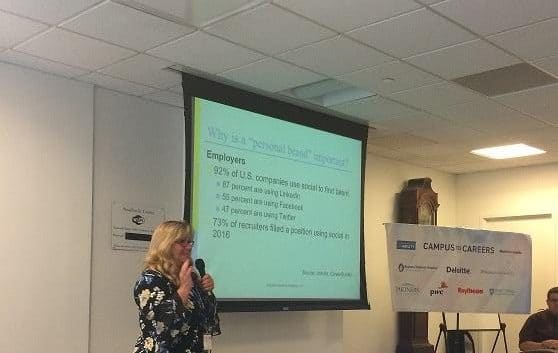 The number of website-accessibility lawsuits this year may surpass those in 2017 by 30 percent. 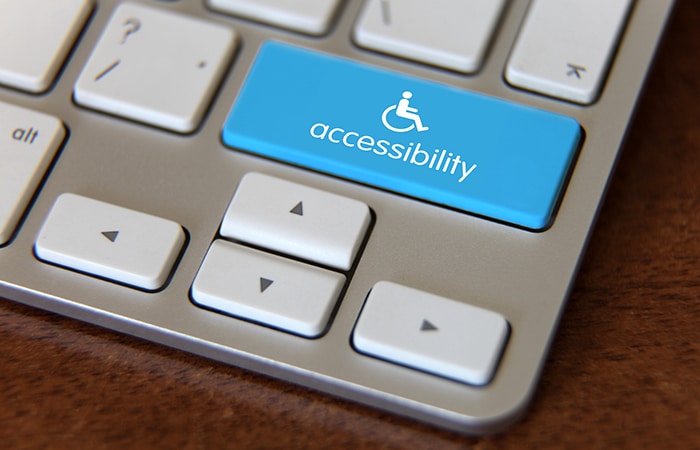 Employers are getting slammed with more Americans with Disabilities Act lawsuits this year, mainly due to a rise in suits regarding non-ADA-compliant business websites.

Seyfarth Shaw recently completed its mid-year analysis of ADA Title III lawsuits, projecting that if they’re filed at the current pace, they will exceed those filed in 2017 by a whopping 30 percent.

Among the reasons behind the escalation is that several court decisions in New York ruled in favor of the plaintiffs, that inaccessible websites violate the ADA, explains Kristina Launey, a partner at Seyfarth Shaw.

“That emboldened attorneys in New York to say we have a far better chance of winning,” she says. “More attorneys and plaintiffs started seeing the vast number [of lawsuits] filed and thought it was a business model they wanted to pursue.”

Title III of the ADA is regulated by the U.S. Department of Justice. Back in 2010, Launey says, the federal agency planned on developing compliance guidelines for private employers but never followed through. (The DOJ declined to comment for this story.) Meanwhile, she says, the Trump administration has pushed the pause button on this regulatory effort, which created a “Wild West” environment that prompted an avalanche of lawsuits.

“But these lawsuits are pushing the concept that you’re not providing equal employment opportunity if your website is not accessible,” she says, explaining that unlike the past, applying for jobs happens online versus in an HR office. “That’s one big thing that many HR execs are being forced to pay attention to.”

According to a survey of nearly 200 employers conducted by the National Organization on Disability in May, 81 percent of respondents have a plan for improving disability inclusion practices, such as making recruiting, onboarding and training processes accessible to people with disabilities.

“When you look at it from a compliance perspective, you limit your ability to develop the value proposition around why being compliant is important,” says Felicia Nurmsen, managing director of employers services at NOD. “It’s really an important signal to both prospective employees and your own workers—that the company is welcoming people with disabilities.”

While federal contractors and government agencies are legally required to make digital applications accessible to individuals with disabilities, she says, private employers with 15 or more employees are only “obligated” to do so under ADA. Still, she asks, why would HR ignore a potential labor market that also represents $3.9 trillion in disposable income?

Companies are taking action but still have a long way to go, she says.

“Disability inclusion is at an early stage in its evolution,” says Nurmsen. “Companies that build accessible websites to help court talent with disabilities will improve the overall employee experience.”

He points to the first web-accessibility business case against Target Corp. The National Federation of the Blind notified the retailer in 2005 that its website was not accessible to blind or visually-impaired consumers. Since Target wouldn’t commit to taking any action, according to the Web Accessibility Initiative, the NFB sued the company the following year, alleging that it was discriminating against people with disabilities in “places of public accommodation”. In 2008, the class-action suit was settled.

Seven years later, he says, the DOJ filed a pair of briefs in federal court in Boston saying that despite the lack of federal website regulations, employers were still obligated to make their website accessible to the disabled.

“The Justice Department’s opinion was quite valuable and tipped the scales quite significantly in favor of those saying the website needs to be accessible now,” says Raizman. “Lawsuits are not saying websites are completely inaccessible, they’re saying that certain portions of websites are inaccessible.”

Meanwhile, employers can take their cue from Web Content Accessibility Guidelines developed by the Worldwide Web Consortium in the late 1990s. While some criteria may be considered vague, Raizman says it’s still important for companies to observe them. At the very least, he says offer alternatives, such as a job application or employee benefits hotline, and make your website compatible with screen reading software used by visually impaired people.

Either way, he says HR needs to work with IT, marketing, and others involved in the company’s website, to find out what’s been done or going to be done—especially in HR areas like careers, benefits and employment opportunities. Then create a long-term compliance plan.

Likewise, employers can also receive assistance from The Partnership on Employment and Accessible Technology, which is funded by the Department of Labor.

By just starting the process, Raizman says, “you at least can go into a court of law and say, ‘Your honor, we’re on our way toward compliance.’

“Get the different parts of the business that control the website to build this into their future plans even if they’re not going to stop everything and fix it today,” he says. “Don’t give up.”