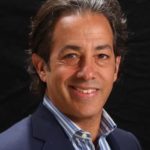 Luke Visconti is the founder and Chairman of DiversityInc. He launched DiversityInc as a website in 1997 and has guided it to be the leading publication for diversity, reaching more than 250,000 people monthly. In May 2018 he turned over day-to-day management of the company to Carolynn Johnson.

Luke created the DiversityInc Top 50, the leading corporate diversity list. Entering its 20th year, the competition had more than 1,200 participants for 2019. He is responsible for the methodology and has utilized the data collected in the Top 50 process to develop DiversityInc’s Benchmarking practice, which has more than 40 corporate clients.

A prolific writer and interviewer, Luke has over 300 articles, interviews and columns on the website. His “Ask the Chairman” column is a leading draw on DiversityInc.

Luke also created the DiversityInc Foundation, a 501(c)(3), and donates more than 4 percent of DiversityInc’s gross revenue to the foundation. The foundation has no administrative overhead and no salaries — all services are donated. The foundation primarily funds endowed scholarships at the three schools where he has/had a board seat: Bennett College (Historically Black) and New Jersey City University (Hispanic Serving) and Rutgers University. Since 2006, the DiversityInc Foundation has distributed more than $2,000,000.

Luke is currently on the board of New Jersey City University Foundation and the Rutgers Foundation, is vice chairman of the National Organization on Disability, and is on HACU’s corporate and philanthropy board.