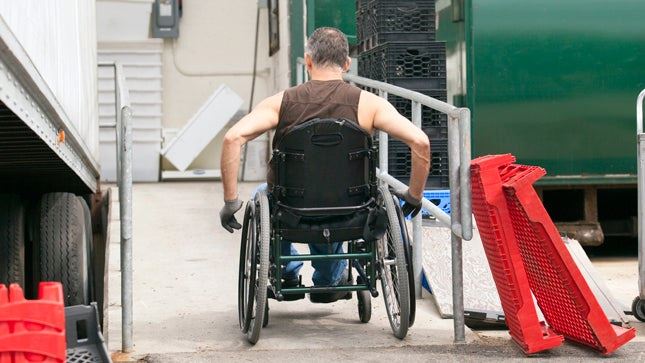 We mark this significant anniversary this Sunday, July 26, but there is a cloud hanging over any celebrating. As we consider the enormous implications of the novel coronavirus on our society, we are worried about how this crisis ends for people with disabilities. We also are concerned there could be a rolling back of the gains we’ve seen since the ADA became law.

We hear the anxiety in their voices when people with disabilities discuss concerns about being on the losing end of COVID-19 medical care rationing or when they can’t keep direct care givers coming to their home as the pandemic continues to spread. And we are deeply troubled by the staggering unemployment rate for people with disabilities that will, without a doubt, rise even higher given the grim economics we now face together.

In early May, the U.S. Bureau of Labor Statistics Jobs Report showed that in March and April alone nearly 1 million working-age people with disabilities lost their jobs — a 20 percent reduction. By comparison, 14 percent of working-age people without disabilities lost their jobs in that timeframe. This, however, does not have to be the story that comes out of this crisis. We can make changes now that will profoundly alter its ending.

We can create a difference by being sure hospitals are not using physical and mental challenges as a criterion for who should and should not receive life-saving aid. Doctors make decisions on care based on a myriad of things. One of the main factors should not be whether someone has a disability.

We also can make a difference through bipartisan efforts on COVID-19 relief. One way is through the continuing legislative recovery package that Congress is working on. Sen. Bob Casey (D-Pa.) and Rep. Debbie Dingell (D-Mich.) have introduced legislation that would create specific grants for states through Medicaid for the Home and Community Based Services (HCBS) program to make certain Medicaid funding is used to support individuals with disabilities. The funds would ensure long-term home- and community-based services continue uninterrupted.

Funding for HCBS will ensure that people with disabilities who can work get back on the job quickly as part of our country’s overall recovery efforts, something the National Organization on Disability and the American Association of People with Disabilities, whose boards we chair, wholly support.

Given the enormous issues faced by people with disabilities, Congress should consider creating a task force that can focus on efforts to make sure the 57 million Americans with disabilities are not left behind as our nation’s economy starts moving forward again.

If this pandemic has taught us one thing it is that, with the right accommodations, staff can work remotely, and do so well. It is something people with disabilities have been saying for years: If given the proper equipment at home, they can be productive employees. We hope with the successes they have seen with telework, more business leaders will realize people with disabilities are an untapped resource they should pursue. And adding this kind of diversity positively changes the spirit of a company, not to mention its productivity.

We can’t let anyone fall behind from the pandemic, let alone some of our most vulnerable citizens.

Three decades ago, the passage of the ADA was celebrated as a way of ending discrimination against anyone with disabilities. The politics at that time allowed a bipartisan group of lawmakers to champion sweeping legislation that has shaped every aspect of society.

The law’s passage should be something we all feel immensely proud about — and want to see strengthened further during the next 30 years.

The political situation today often prevents this from happening, but if we are willing to once again work across party lines, we can come together to make sure people with disabilities have the resources, tools, and — just as important — our empathy, to manage this crisis and prosper in the post-coronavirus era.

Tom Ridge was the 43rd governor of Pennsylvania and first U.S. Secretary of Homeland Security; he serves as board chairman of the National Organization on Disability.

This op-ed was originally published on The Hill.