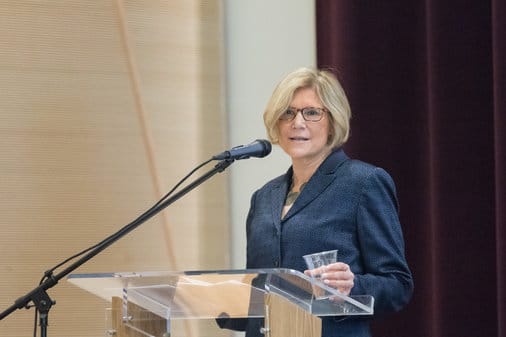 Last week, National Organization on Disability’s (NOD) Corporate Leadership Council hosted the “Bringing Our Whole Selves to Work: Harnessing the Power of Difference by Uncovering Invisible Diversity Traits” event that brought together executives, managers, and employees from various corporations challenged the attendees to think about how people tend to leave a part of themselves at home when they come to work, and how difficult it might be for employees with ‘invisible disabilities’ to” come out” at work.

“None of us have a single identity”, NOD President Carol Glazer remarked. The emotional weight of carrying a hidden identity can be overwhelming and letting it go can “free up emotional real estate”.

During the talk, employers in the room were confronted with another question: what assumptions do they make? Particularly about what employees needed, wanted and were capable of. Glazer talked about employers needing to be supportive, transparent, and to allow the freedom to discuss their disability for peace of mind.

She also discussed her own personal journey as a caretaker and learning that through that experience she was no immune to mental illness. But until the last few years, she had made light of it and chose one identity (caretaker) over the other (PTSD patient) because it was easier.

The important point of authenticity was made, especially in discussing disability in the workplace, and attributed to what allows individuals to bring their whole selves to work.

Eric Mitchell, AT&T’s Assistant Vice President of Human Resources and one of the panelists, brought up the many opportunities employees have to be authentic at work, including within those discussions in their ERGs, which are actually independent 501c3 non-profits.

Completely controlled by employees with some company guidelines, including being open to everyone, he talked about how ERGs were resources for both employees who identified as a specific demographic, as well as a place for those who “needed to get schooled” on what they didn’t know about people.

In the act of sharing, Mitchell said empathy is created. “When people share personal stories, it’s powerful… And it creates collaboration and inclusiveness.”

He also said allies come from that, including executives. His hope: that executives would also “come out” so that they could be a role model for others.

The support, once AT&T employees share: online trainings on working with those with disabilities and the aging population, and job coaches assigned to managers and employees to help them work better together.

Some of the AT&T and ERG’s campaigns Mitchell mentioned were “Stamp Out Stigma”, “Everything is Not Fine” (both connected to mental health) and “Ignite” (a panel on invisible diversity) that encourage all to consider the whole person, not just the parts they see.

This, of course, was NOD’s message, along with stirring up action. Attendees were encouraged to take notes from the event back to their companies for action to ensue.