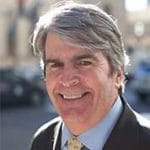 John Quain is the former Chairman of Pennsylvania’s Public Utility Commission (PUC), where he served from 1993-2001. When he stepped down, Pennsylvania Governor Tom Ridge said: “During his eight years as a Commissioner, Mr. Quain led Pennsylvania’s movement to the forefront of utility regulation. His insight and skills have helped to make Pennsylvania the No. 1 state in the nation for electric competition, saving consumers billions so far. As a result of John’s efforts, we’ve introduced competition to the natural-gas market as well, and we’re on the verge of bringing competition to the local telephone market.”

Gov. Ridge added: “I truly believe that there has not been a more dedicated, effective utility policy leader in the United States.”

The Philadelphia Inquirer said: “Quain has received much credit for helping to craft Pennsylvania’s deregulation of electricity, a model regarded as among the country’s best.”

From 2001 until his retirement in 2013, Mr. Quain was a partner at Buchanan Ingersoll & Rooney PC, chairing the national law office’s Energy and Utility Law practice.

Mr. Quain obtained his JD from Temple University in 1980.

WHY ARE YOU PASSIONATE ABOUT DISABILITY EMPLOYMENT?

As a low-vision law school graduate seeking employment thirty years ago, I faced potential employers who focused on my disability rather than my ability. In recent years, I have watched and experienced positive change in the workplace in this regard, although there is still work to be done. I feel strongly that progress will continue through the impact of organizations like NOD, and I am privileged to be part of these efforts.

WHAT EFFECT HAVE EMPLOYEES WITH DISABILITIES HAD ON YOUR ORGANIZATION?

My former law firm benefitted greatly from the work and dedication of all of its employees with disabilities, from entry level to senior partners. Through their daily interaction with colleagues and clients, these employees have enlightened others on important issues such as disability etiquette and inclusion. As one of the senior partners with a disability, I always tried to keep these issues in mind in my day to day interaction with other attorneys, management and staff.