Sheltered workshops are vestiges of the past and should be reformed or abolished. 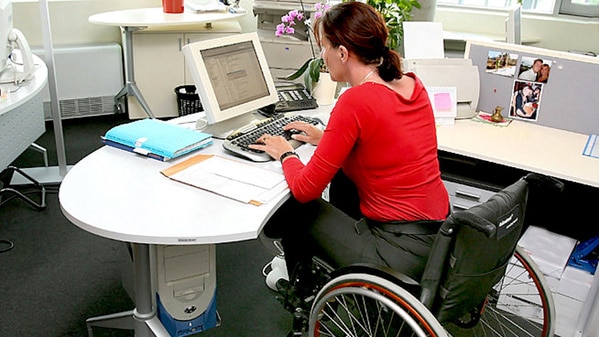 By Carol Glazer, President of the National Organization on Disability

Consider this: Businesses in regions with the lowest unemployment rates employ disproportionate numbers of workers with disabilities [1].

Many of those without job prospects end up in sheltered workshops, places that legally perpetuate segregation by isolating workers with disabilities and, for over 140,000 Americans, by paying far less than minimum wage—as little as pennies per hour. Sheltered workshops are vestiges of a misguided time when people with disabilities were believed to need charity and seclusion. We now know both beliefs are incorrect.

Moreover, workshops – which claim to be training grounds for bigger things – don’t actually prepare workers for competitive employment; only 5% of people leave workshops for community jobs. Not because they can’t perform, but because there aren’t pathways. Most go from sheltered workshops to elder care, not better lives.

What many workshops actually do, even with ironic names like Opportunity Village, is profit off of their practically-indentured workforces by providing cheap labor to major corporations. Is this illegal? No. Immoral? Certainly. Can we do better? Absolutely.

Worst of all, the payment of less than minimum wage to Americans with disabilities is a callous rebuke to the dignity for which workers have fought and bled. To pay us less is to imply that we are less. People with disabilities can’t work? Neither could black people or women, at one time. It’s an inane belief, and suited more to 1918 than 2018.

As recently as 75 years ago these standards would have been dismissed as fantasy. Yet here we are. And as we celebrate our 124th Labor Day this year, we not only pay tribute to the workers who sacrificed to advance our well-being, we also recertify our collective obligation to leave behind a better workforce than we inherited.

So what can we do?

First, do your homework on the businesses you support. If businesses are profiting off of workers earning subminimum wages, stop buying from them. How do you know which businesses those are? Here are the lists. You may see some familiar names, with Goodwill the most notorious (and frequent) opportunist.

Second, and more simple, tell your friends and families. Sheltered workshops have lasted this long because they exist largely unbeknownst to the public. So spread the word.

We must reform or abolish these institutions. It will be hard for some people, but change always is. For a small number of Americans with disabilities, sheltered workshops provide a purpose and place to go each day. That’s a good thing. But they are woefully inefficient; with a 5% success rate, this cannot be argued. And no one should be paid less than minimum wage.

Republished from DiversityInc.com where, Carol Glazer is a regular columnist.