The U.S. is One of the Most Stressed Countries in the World: Do you know if your colleague’s mental health is okay? 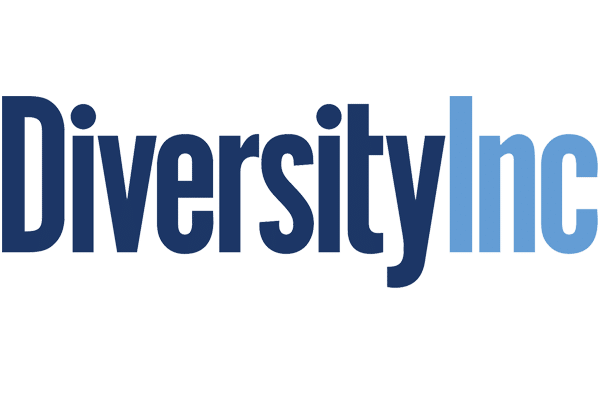 A recent Gallop poll reported that the US is one of the most stressed nations in the world. More than half of Americans (55%) reported feeling stress during a lot of the day, 45% said they worried a lot, and 22% said they “felt anger a lot,” Gallup reports.

Some might say, “Why care?” But you only need to look at productivity at work, sick time, disengagement, and the myriad companies under fire for mistreatment or lack of protection of workers to understand why this is important.

While many workers are merely debilitated by the stress in the workplace, others are actually experiencing mental health conditions like depression, anxiety, bipolar disorder or post-traumatic stress. Since May is Mental Health Awareness Month, we’re shining a light on one of the most prevalent, but still taboo health conditions in the country.

Employees Hold Back, And It’s Costly

The reality is one in five people has a mental health condition, making them the single greatest cause of worker disability – and lost productivity – in the U.S., with costs exceeding $193 billion, according to NAMI[JA1].

NAMI research shows 62% of missed work days can be attributed to a mental health condition. The same study shows that in the case of depression, the disorder is linked to an average absenteeism rate of 2.5 days per month, resulting in average costs of $3,540-$4,600 per year, per employee.

“Mental illness will account for more than half of the economic burden of all chronic diseases, more than cancer, diabetes, and chronic respiratory diseases combined, according to another NAMI study. We’re talking about trillions of dollars, mostly in the form of lost productivity and unplanned absences.

According to a report that the National Organization on Disability advised on for the WMI, employees with invisible disabilities (many of them mental health conditions ) are less engaged than their counterparts with visible disabilities, likely because the latter workers access the accommodations they need at higher rates. Given the stigma associated with mental illness, it’s natural that workers will hold back on disclosing, and getting the accommodations they need.

And without the right supports, there can be dire consequences for employees—including increasing symptoms, loss of a job, loss of home, incarceration, self or other harm and even suicide. These issues certainly (and profoundly) affect families and communities; but they also significantly impact workplaces, because the majority of Americans spend one-third of their adult life at work.

Who Could Be In Need?

While celebrities like Taraji P. Henson, Dwayne the Rock Johnson, and others have gone public and encouraged people to get the help that they need, what about the everyday person? If you are sitting in a room with four other people at your office, one of you on average is dealing with a mental health condition. “

Mental illness manifests itself in as many ways as the human psyche is complex. It affects housewives, corporate executives, world-class athletes, and caregivers without discrimination. As we’ve reported previously if you’re a caregiver of a child with chronic medical issues, your risk increases by orders of magnitude. Roughly 27% of U.S. children live with chronic health conditions; and nearly half of their mothers have symptoms of anxiety, depression, PTSD, or all three.

One of this article’s co-authors, Carol Glazer, has told her story of caregiving for a son with chronic medical problems and how that contributed to her diagnosis of Post Traumatic Stress Disorder.

“I became a different person. More cautious, more prone to worry. At times impatient. Or angry with the wrong people. Fear is a constant din in the background… Clearly and unmistakably, through my son’s many life and death surgeries, related complications and repeated hospitalizations, I’d experienced trauma. I would come home exhausted from work only to have to then check in with the caretaker, doctor, and therapists. And I acknowledge that as a middle class working professional, I had supports that others do not.”

It’s clear that mental health struggles are not selective in who they impact. Moreover, more than half of the people diagnosed with mental health conditions will seek treatment, even though the monetary costs of treatment are negligible.

The reason people don’t seek this treatment has to do with the stigma of mental illness, which is alive and well in our society and workplaces. Stigma is not exclusive to individuals who don’t understand mental illness. It’s practiced by parents and family members, teachers, the media, health insurers, and even healthcare providers and policymakers.

When you add it all up, in the coming decades, mental illness will account for more than half of the economic burden of all chronic diseases, more than cancer, diabetes, and chronic respiratory diseases combined….

We’re talking about trillions of dollars, mostly in the form of lost productivity and unplanned absences.

And with 10X as many people with mental illness in prisons as in psychiatric facilities, this is a public health crisis of tsunami proportions.

While mental health is becoming a more prevalent conversation in the media than ever before, the unsensational stories that fuel the staggering statistics are still not helping the conversation become normal in everyday life without stigma.

Particularly in the workplace, where stigma is a known barrier, people often don’t ask for and receive help because they don’t feel they have permission or safety to speak up. And coworkers are similarly afraid of the unknown. So while an employee would no more watch a colleague trip and fall without asking whether they are OK, they should not be afraid to ask a co-worker whom they suspect is depressed or over anxious or overstressed, if they are OK.

Millennials are more apt to talk about it as they grew up with conversations about it, but navigating the discussion across generations and at work is still a challenge. Generational ideas, cultural ideas, as well as one’s own self-awareness can impede sharing.

So How Do You Start the Conversation?

We would call on people to practice empathy—putting yourself in others positions and think about how you’d want to be treated if that were your situation.

Felicia Nursmen, managing director of employer services at the National Organization on Disability, said: “Recognize your own bias. Focus on people. And increase your exposure to bias,” she said. “What’s most important is that we ask the right questions and that we’re having the right conversations.”

And while employers generally cannot ask someone if they have a disability or the severity of one, you can ask if they whether they need an accommodation to get their jobs done.

NOD’s Corporate Leadership Council has companies who are working to create spaces so that employees are less reluctant to share their stories, thus allowing their managers to create more inclusive workspaces, and benefit from their diverse talents and perspectives. They produced guidelines: 6 Key Tips to Address Mental Health in your Workplace, from the NOD Corporate Leadership Council.

And there are companies leading the pack that you can learn from, including health care company and DiversityInc Hall of Famer Kaiser Permanente, whose “total health” perspective is a model for other companies.

EY, another DiversityInc Hall of Famer, birthed “R u ok?”, an ERG movement out of a Mental Health Summit they attended in 2015. It works through trainings and conversations to open conversations about mental health among employees.

Lori Golden, EY America’s Talent Team abilities strategy leader, discusses the initial outcome of EY’s ability to talk about mental health openly and frankly: r u ok? is “caring about people as well as achieving business goals.” Most rewarding for Golden is that so many people are saying they are grateful that “my organization has the courage to do this.”

There is a protocol covering how to go about asking “R u ok?”: (1) Notice signs of change in the individual who needs help. (2) Ask “r u ok?“ to start the conversation, and see whether this opens up the topic for further discussion. (3) Listen for key information that helps you gain perspective about the situation; this includes what is not said. Finally, (4) act to remedy matters by involving EY Assist or firm leadership to foster a conversation in a responsible way and get the individual/team the help they need. The role of anyone who leads the conversation is not to diagnose but rather to express care and concern when someone has shown a pattern of change in behavior.

So how will you start the conversation this month?