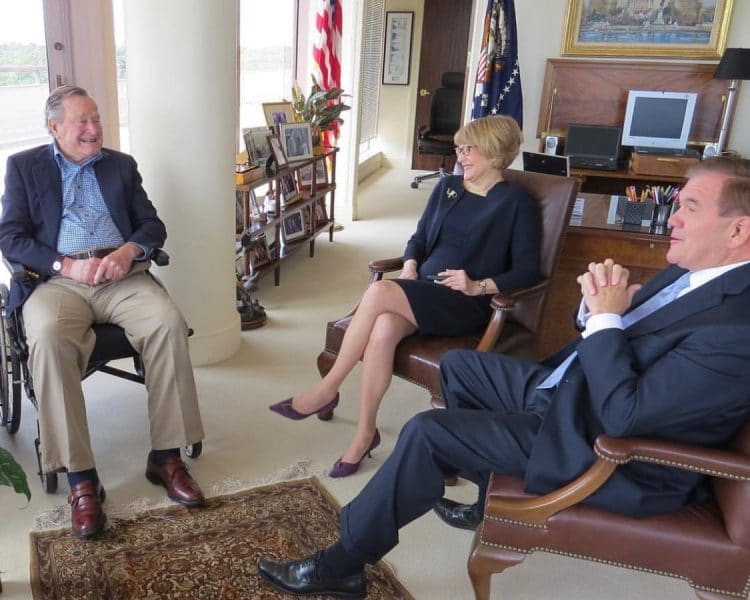 Gov. Tom Ridge, who first met George H.W. Bush in 1980, when he was a Republican campaign organizer in Erie for President Bush’s first presidential bid, today issued the following statement on the passing of his dear friend:

“Michele and I mourn the passing of a great man who was beloved by a nation and respected by the world. A man guided by decency and humility. George H.W. Bush lived a life of service that few others ever have. A man who was the youngest to fly Navy jets as a teenager in World War II. Who skillfully guided the United States out of the Cold War. Whose deft political touch resulted in civil rights legislation that forever changed the lives of millions of Americans with disabilities. But most of all, President Bush adored his dear Barbara and his beautiful family. And how they adored him! George H.W. Bush was the very definition of an American life well lived. And he was a dear friend to us, which is a gift we will forever cherish.”

In April 2015, Gov. Ridge spoke with President George H.W. Bush on the occasion of the 25th Anniversary of the signing of the Americans with Disabilities Act (ADA). You can view that video here.