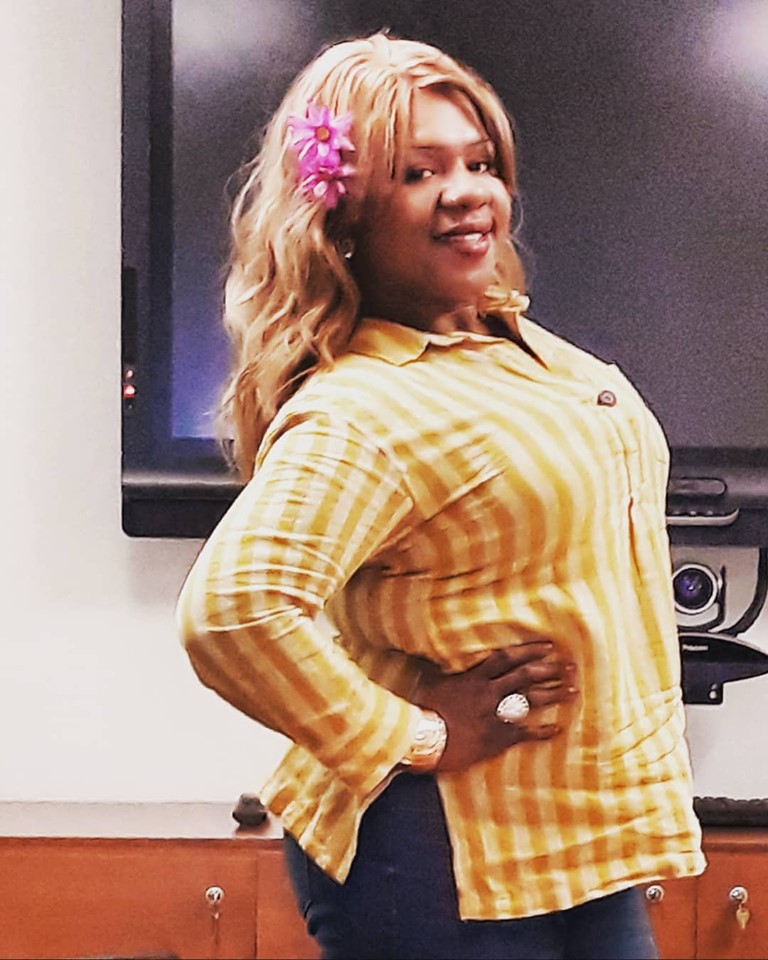 What would you do if your L.I.F.E was in immense danger daily and you had to choose between living in a dangerous circumstance or live in the streets ALL while being deemed as a Disabled Woman??

In 2016, I was homeless after developing many rare conditions and illnesses in S. FL in 2008!! I was diagnosed with a Pulmonary Embolism, Pitting Edema and Nephrotic Syndrome while in ICU after being misdiagnosed for months. After escaping S. Florida’s warm climate and slow paced lifestyle, I finally took my aunt’s advice to seek a second or third opinion from the NYC doctors!! I followed her advise and headed to Wall Street to get medical attention, the only problem was I had virtually no where to stay. After living in a hospital from three plus months in S. FL. the doctors diagnosed me as being Disabled! While in the ICU, every organ failed and there was nothing that doctors could do for me, they left me to die but right before they could pull the plugs, my eyes opened and it was a miracle because no doctor had ever witnessed anything like it before…

Although, it was nothing short of a miracle, I still had to be rehabilitated from head to toe, being taught how to walk, talk, breathe, eat again!! I battled with one problem after another from 2008 to 2015 when I had to put my foot down and get out of dodge!! I relocated to NYC upon my aunt passing away and felt as though she died so I could live. Within several weeks of getting back to the City I was born in, I started to feel better but experienced homelessness because I was living in very uncomfortable circumstances. I moved into a shelter, where I was transferred constantly from one location to another while following doctors orders and remaining brave through every step of the way.

While in the ICU, every organ failed...but right before they could pull the plugs, my eyes opened and it was a miracle because no doctor had ever witnessed anything like it before... AniYa A. Edutainer, Disabled

Was I depressed on several occasions?? Not really, but I did question God a whole lot.. I often wondered, how could this be my life?? I was a smart girl, graduated high school at sixteen years old, studied abroad in London, England, worked all my life and even helped others..

After receiving a voucher from DHS, I found an amazing apartment, so I thought!! I moved in but within days, there were strange knocks on my door, drug heads asking for me to sell them drugs.. I was baffled, I couldn’t believe my ears, I shortly thereafter got in touch with the local Councilman Ritchie Torres’ office as well as Fernando Cabrera, I reached out to them because I didn’t want to go to the police and get put out of my apartment for complaining!! Ritchie’s office reached out to DA Julie DeLeon and within a few weeks the harassment seemed to stop, then one day, I realized someone had broken into my apartment… I ran out and called the police from my neighbors apartment and waited for the police there.. When they walked through, they said that it was safe to re enter and if I had any other issues to call them!! Two weeks later a man tried to push his way into my home and thankfully my ex was there and he was able to block the mysterious mans entrance.. We both explained that I had no drugs and for him to leave immediately, also we both let him know that he could find drugs in the apartment above me, I only found out about the selling of drugs above me after several months of me living there!!

A week later, the same mystery man came back at 330am on April 11th demanding that I opened the door and if I didn’t he was going to kill me because he had the right apartment and he was going to shoot down the door either way.. I screamed, grabbed both of my cell phones and escaped on the fire escape where I called the police and waited for them to come get me from the second floor as the ladder for the fire escape was non operational!!

I gave up my apartment and have now become homeless all over again and just recently started to rent a room from someone. My heart breaks as I have to keep my stuff in storage and they have been there for over a year already!! Finding a new affordable place to live is the hardest thing ever and I am writing today to share my story because I hope my story gets seen by those who are also hard times.. As I still look for an apartment, I continue to fight!!

Although, I am Never giving up, I need the Mayor to do more and these local leaders too!!!

To those whom are facing hard times, keep your head up ~ NO Matter What ~ Never give up..

If you NEED a friend to listen to your story or NEED help navigating through the madness of trying to get help if you have already gone through a situation like this or similar – email Neighborhood Violence Survivor’s Alliance today at: nvsanyc@gmail.com

Click on this link to watch my story of going from Victim to Victorious:
http://4.nbcny.com/X3FRxn9