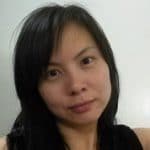 Margaret received her B.B.A from Baruch College, City University of New York in Management, with a focus on Entrepreneurship. She devoted time outside of classes to advocating for people with disabilities on her campus and throughout the CUNY school system.

She and two other students started Difference Makers Club at Baruch, to support students with disabilities and to influence policy. Additionally Margaret served as campus delegate, and in her senior year as Vice Chair, for CUNY Coalition for Students with Disabilities.

Her varied interest also led her to studying  Construction Project Management and Historic Architectural Preservation at Mechanics Institute, the oldest trades school in New York. She holds a certification as an urban disaster preparedness instructor from International Preparedness Network.