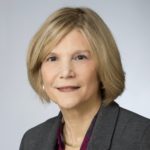 Carol Glazer is President of the National Organization on Disability, the nation’s oldest civil rights organization representing all of America’s 57 million people with disabilities. In her ten years as President, Carol has transformed NOD into the country’s premier resource on disability inclusion through its Disability Employment Tracker, its Corporate Leadership Council and its professional advisory services helping companies with talent acquisition.  Last year Carol and her team the launched the Look Closer awareness campaign, powered by nine major brand name companies.  In its first six months Look Closer garnered 75 million media impressions, with social media following growing daily.  Working side by side with NOD’s Chairman, Tom Ridge, former Governor of Pennsylvania and our country’s first Secretary of Homeland Security, Carol has united the country’s fourteen largest disability organizations of all political persuasions, around the issue of disability employment.

Carol is a speaker and subject matter expert on issues regarding the employment of people with disabilities and has addressed audiences at national conferences, corporate forums and higher education institutions, among others. Some of Carol’s commentary has appeared in The New York Times, USA Today, TIME, the Wall Street Journal and The Huffington Post, where she maintains a blog on disability employment-related matters. Carol has also appeared on nationally syndicated television and radio broadcasts, including the Today Show, Good Morning America, National Public Radio (NPR), Disability Matters with Joyce Bender on VoiceAmerica, The Business of Giving with Denver Frederick on AM 970, and Connections on WXXI News.

From 1998 to 2006, Carol advised foundations, universities, and nonprofits fighting poverty in inner-city communities, having served as Vice President and Chief Operating Officer of the Edna McConnell Clark Foundation between 1996 to 1999.

From 1985 through 1996, Carol served as Senior Vice President for National Programs at Local Initiatives Support Corporation (LISC), the nation’s largest community development intermediary. At LISC, Carol held various positions related to LISC’s growth from a nonprofit with 30 staff members and $20 million in assets, to a 500+ staff, $3 billion bank for inner city housing, economic development and quality of life projects.

Carol holds a Master’s Degree in Public Policy from Harvard’s John F. Kennedy School of Government and in 2012, was awarded an honorary Doctorate of Humane Letters by Allegheny College for her work on behalf of individuals with disabilities. She has two children, one of whom was born with hydrocephalus and has physical and intellectual disabilities.