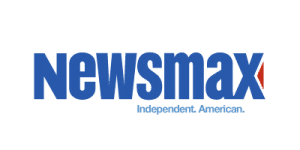 Ridge, who currently serves as the chairman of the National Organization on Disability, said in an op-ed for The New York Times that Trump’s proposed 2020 budget would cut tens of millions of dollars in programs for people with disabilities.

“Of particular urgency to me and many of my colleagues are the devastating impacts that the weakening of these agencies would have on job seekers with disabilities,” Ridge wrote.

“Independent living centers, assistive-technology programs, supports for individuals living with brain injuries and family caregiver support services are among those programs and services on the chopping block. So, too, is the Office of Disability Employment Policy,” he added.

Trump’s proposal includes cuts to domestic spending and an increase in money for a wall along the U.S. border with Mexico.

A Labor Department office that promotes the hiring of people with disabilities is also proposed for cutbacks.

“Combined, these cuts total in the tens of millions of dollars,” Ridge wrote. “Cutting funding to these critical programs — that turn tax consumers into taxpayers — is not only unjust but also fiscally foolish.”