Use ’Transformative Contrasting’ to Guide Your Ideas through Gridlock 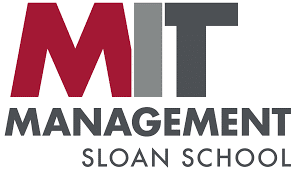 Why It Matters: Competing interests are not always intractable. Here’s a four-step plan to breaking the gridlock in your work.

Dylan Walsh, Dec 13, 2018 | The National Organization on Disability worked hard to pass the Americans with Disabilities Act of 1990. Businesses often resisted, fighting to limit its reach. “Many businesses were saying ‘This is going to cost me so much money, there’s so much red tape,’” Jason Jay, a senior lecturer at MIT Sloan, said in a recent TedX talk. “They were focused on what they had to lose.”

So in recent years members of the National Organization on Disability have adopted a new approach to achieving new goals. They’ve worked to help the business community understand that the organization isn’t there to force tradeoffs that increase cost. Rather, the organization’s members are there to help business leaders recruit from a pool of employees that you’ve never had access to, and, that way, strengthen their businesses business. The results — and progress — have been immediate.

“If I’m asking you to give up something valuable, there’s no deal,” said Jay, the co-author of 2017’s “Breaking Through Gridlock: The Power of Conversation in a Polarized World” and the director of the MIT Sloan Sustainability Initiative. “But if I instead listen for what you value and take that seriously, then together we’ll be able to generate new ideas that neither of us could have developed on our own.”

To help people and companies get past gridlock, Jay and his co-author Gabriel Grant have helped develop a process of engagement that they call “transformative contrasting.” It is as applicable to the world of organizations — where conversations and ideas often run aground on ideology — as it is to politics.

It’s about drawing a contrast between the tradeoffs they fear they’ll have to make and the new possibilities you’re there to open.

The first step is to let go of hidden, competing commitments, Jay said. While outwardly committed to moving things forward, people are often inwardly, and equally, committed to maintaining a sense of rightness, or righteousness, or certainty and safety.

Second, acknowledge what the other side values. Consider the tradeoffs that they may fear and acknowledge these.

Third, draw a contrast between what others may think you’re there to do — raise costs and red tape — and what you’re really there to do — help strengthen business.

In his talk, Jay explained how a director and research analyst at a Boston-based investment firm developed a socially and environmentally responsible investment package. They met predictable friction: Bosses and clients rejected the idea based on perceptions that it would diminish returns. So his friends did some contrasting. I get it, they explained, you’re worried about the tradeoff, and you should be: Past funds have sacrificed performance for social impact. But we want to both manage the risks of social and environmental disruption while harnessing the benefits of environmental technology; we plan to increase returns while investing responsibly.

This, Jay said, opened doors with both colleagues and clients.

“You’re not there asking people to let go of what they desire,” Jay said. Instead, you’re asking them to let go of their fear of the tradeoff by “drawing a contrast between the tradeoffs they fear they’ll have to make and the new possibilities you’re there to open.”