The U.S. Supreme Court’s decision to not hear Domino’s petition on whether its website is accessible to the disabled is considered a loss for the pizza giant and a win for disability advocates.

The case was one of a long list of those the Supreme Court announced it wouldn’t hear, and as is usual the high court made no comment in declining to take the case. Monday was the Supreme Court’s first day of arguments after its summer break.

The order to not hear the case keeps in place a January ruling by the 9th U.S. Circuit Court of Appeals, which ruled that Domino’s and other retailers must make its online services accessible. It also means the case is expected to go to trial.

“Although Domino’s is disappointed that the Supreme Court will not review this case, we look forward to presenting our case at the trial court,” Domino’s said in a statement posted on its website Monday. “We also remain steadfast in our belief in the need for federal standards for everyone to follow in making their websites and mobile apps accessible.” 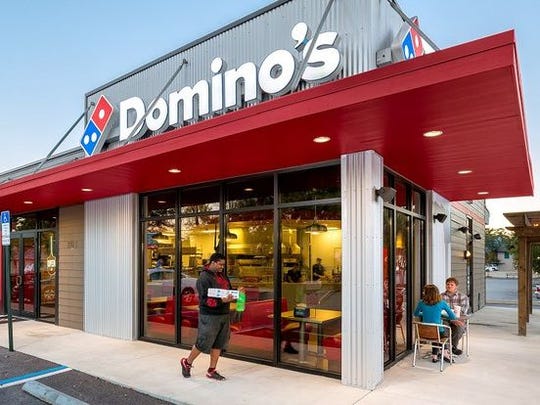 Guillermo Robles, who is blind, claimed in U.S. District Court in California that the pizza maker violated the federal disability requirements because he couldn’t order a pizza on his iPhone: The website didn’t work with his screen-reader software.

“In today’s tech-savvy world, blind and visually-impaired people have the ability to access websites and mobile applications using keyboards in conjunction with screen access software that vocalizes the visual information found on a computer screen or displays the content on a refreshable Braille display,” the lawsuit argued.

In January, the 9th U.S. Circuit Court of Appeals ruled that Domino’s and other retailers must make its online services accessible.

Robles’ attorney, Joe Manning, said in a statement to CNBC Monday that the Supreme Court’s decision was “the right call on every level.”

“The blind and visually impaired must have access to websites and apps to fully and equally participate in modern society – something nobody disputes,” he said. “This outcome furthers that critical objective for them and is a credit to our society.”

Domino’s along with the National Retail Federation and Retail Litigation Center urged the Supreme Court to hear the case because the appeal court’s ruling “stretched the definition too far by deciding that websites and mobile applications must be judged as public accommodations rather than just considered as one of many ways in which a consumer might access a retailer’s offerings.”

According to the pizza company, a customized pizza can be ordered in-store, by phone, text, social media and voice-activated devices like Alexa and Google Home. Domino’s says it is developing a proprietary voice-ordering digital assistant, Dom.

“With a growing number of website accessibility cases being filed and conflicting rulings from circuit courts across the country, this is an issue that needs the clarity of a Supreme Court ruling,” said Stephanie Martz, the retail federation’s senior vice president and general counsel, in a statement. “Without guidance on what rules should apply, litigation will continue to divert resources from actually making websites accessible.”

Domino’s said in its statement that a nationwide standard would “eliminate the tsunami of website accessibility litigation that has been filed by plaintiffs’ lawyers exploiting the absence of a standard for their own benefit.”